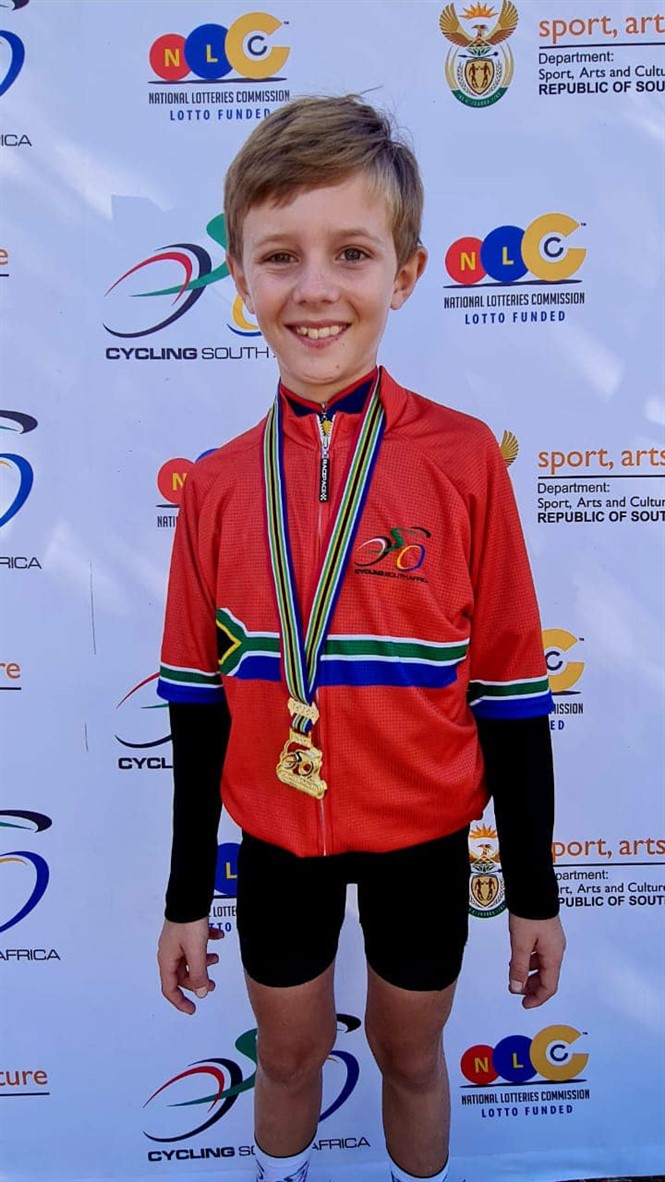 Competing in the Nipper division for boys U/9, Van den Borre clinched the SA crown at the national championship that was held on Saturday the 2nd of June in Bloemfontein.

The race was held over a tough hilly course and consisted of five laps with a summit of 48 metres which tested the endurance of the riders. The best riders from each province were competing for the famous “Red National Jersey”, with nearly 30 riders on the starting line. The first lap was a battle for position with some riders having to throw in the towel after a few wipe-outs which reduced the field.

Van den Borre managed to avoid the first lap mayhem and crossed the finish line in first position with a time of 22min and 22sec. In his quest for the SA title, this astute rider won the Limpopo Championship after being the overall winner following his undefeated four race siege.

He carried this form into the National Series where he had two wins and a third place to become the overall SA MTB XCO cup winner. Van den Borre would like to extend his sincerest gratitude to every person and institution who contributed to his successes.