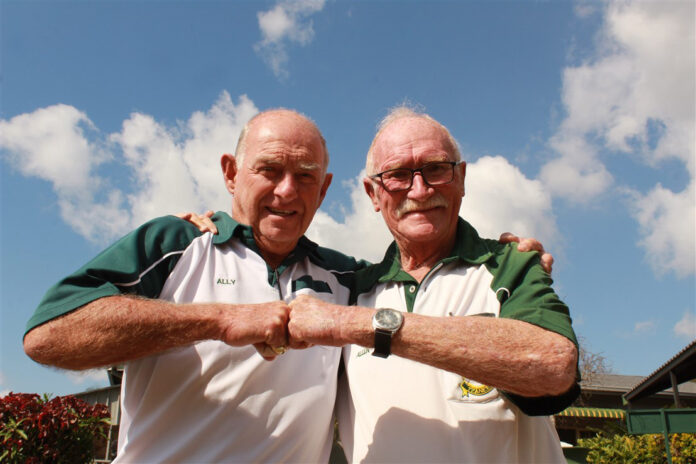 The Tzaneen Bowls Club held its annual general meeting on Saturday the 16th of July where a new committee for the coming season was elected. It was also during this time that the most outstanding players received awards for their stellar performances.

After the election it was decided that Allen Brett will take over the reigns from the outgoing president, Ally Morrison. Fellow club member Stoffel Vermaak jokingly indicated afterwards to Morrison that he should now move his vehicle which was parked on the new president’s parking lot.

With the formalities of the election out of the way, the club’s players gathered for the much anticipated awards ceremony for the most outstanding players in the club. The club’s Drawn Mixed Trips prize went to Robbie Kruger, Peter Mogale and Sarie Vermaak.

Vermaak was also awarded with the Club Member of the Year for going above and beyond for her club as her dedication exceeded what was required and expected from her.

Vermaak and husband Stoffel were also formidable together on the greens and were the winners of the Selected Mixed Pairs title. The Men’s Drawn Pairs title was awarded to Peter Mogale and William Cliengen. The winning pair of this year’s Ladies Drawn Pairs went to Sue Morrison and Joan Bisset.

The outgoing president Ally Morrison was not only content to lead his club during his tenure, but also showed his worth on the bowls court. Morrison was awarded with the Senior Singles Men and the Two Bowls Singles Men awards.

The Senior Singles Ladies title went to Terry Morgan whilst Robbie Kruger and Willie Jonker was the recipients of the Men’s Selected Pairs cup. The award for the Ladies Selected Pairs was handed to Sue Morrison and Sarie Vermaak.

Theodore Wolmarans raised the eyebrows during the season with some stellar performances, and was the well deserved winner of the Most Improved Novice award along with the trophy for the Men’s Handicap Singles title.

The top Men’s and Ladies Novice Singles prizes were awarded to Jovani Katrakazas and Ansie Taute respectively. The Men’s Open Singles and Mixed Singles titles was awarded to Stoffel Vermaak.