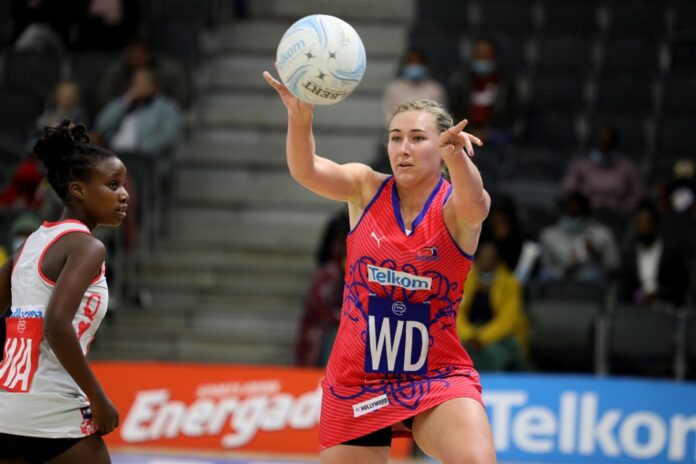 The Limpopo Baobabs Netball Team is currently experiencing their best season to date in the B-division of the Telkom Netball League.
The league continued this past weekend from the 10th to the 12th of June in Pretoria’s Heartfelt Arena for the A- and B-division teams.

For the 11th match of the league, the Baobabs once again faced off against the KwaZulu-Natal Kingdom Queens. Eventually, the Kingdom Queens gave a strong performance in the first two quarters of the first half to hold a slender lead over their Limpopo rivals.

The last time these two sides met earlier the season, the Baobabs just managed to edge out the Queens by a single goal. The Queens gave a spirited performance this time round, but it was ultimately the Baobabs who had the last say as they clawed their way back to clinch the game by 43 goals to 36.

The next encounter for the Baobabs is set for the 16th of June against the bottom of the B-division log Northern Cape Diamonds, when the league is set to continue once again at Pretoria’s Heartfelt Arena from the 15th until the 19th of June.

In the B-division, the Eastern Cape Aloes maintained their unbeaten streak this season from 11 matches. The Aloes, along with the Mpumalanga Sunbirds and Limpopo Baobabs, have already secured their places for the semi-final rounds.

The Aloes have an unassailable lead of 22 points after 11 matches while the Sunbirds and Baobabs are locked on 14 points each from the 11 games they have played.

Roelof de Jonge - June 19, 2022 0
The first phase of the community clean-up project at Tzaneen’s Van Velden Hospital was conducted on Youth Day, the 16th of June. Volunteers and...

FEEL GOOD NEWS: Punctures, pains and a good cause