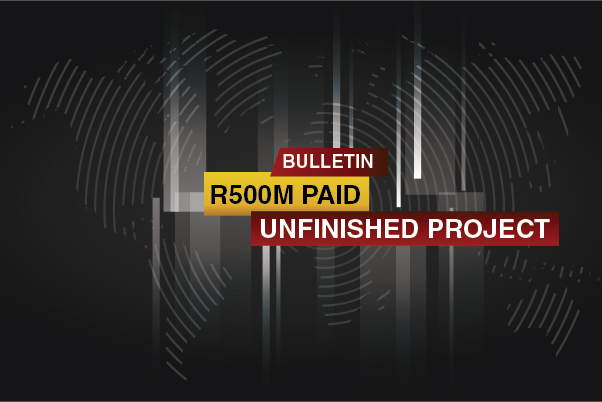 Though some areas in ward 13 of the Greater Tzaneen Municipality are still experiencing a water crisis, most residents of the villages forming that ward had expressed satisfaction with the flow of water in the area since three weeks ago.

Thanks to the newly appointed operator, Handwell Mantsina, who is charge of operating the water pumps, as well as the valves to allow water to flow through the standpipes.

The Khujwana area of ward 18 had for many years been struggling with its water supply until water tankers were called to assist some parts of the community that were not receiving water frequently. But one resident said the only reason they had water, was because of the boreholes sunk in the area and the accompanying water tanks installed at their homes.

The resident said though that some parts of the village were still experiencing extreme water shortages, because after the boreholes were sunk towards the end of last year, no electrical supply points were ever provided for them to operate water pumps from. “I open the pumps on Monday and fill the tanks, and that is the reason there is enough water in the taps the whole day.”

He added that the other reason there was always water in the taps, was that the days of supplying people were increased from two to three days a week which included the weekend where most people were at home. He added that requestions had been submitted for the electrification of two pumps at Ntwanano and the Muthumeni section of Khujwana.

A traditional leader from the village who could not be named, added that many families sunk their own boreholes at the height of the area-wide drought which greatly assisted in alleviating the problem.

“It is not true that the water problems in the village are over because people are still suffering. People are still pushing wheelbarrows with water and others had to buy water from water tankers for their homes. We tried speaking to councillors about this, but we were ignored.”

He further said that the new water reticulation project failed and was never completed because during its construction, the contractor removed all the illegal connections which caused the residents to take to the streets in protest.

“The contractor connected a steel pipe network at the main outlet pipe at Khujwana Crossing last year and when the project was completed, the community who connected water to their homes illegally, objected. The contractor pocketed the money even though the project was left incomplete and now only the residents of ward 18 benefit from it because of illegal connections. And the councillors know about this.”

The Khujwana Water Reticulation project made the news last year when the contractors appointed to implement the project were embroiled in a scandal in which about R500 million was paid to them before the job was completed. The four companies involved in the scandal had since been ordered by the Presidency to recover the funds. The local councillor could not be reached for comment.

SANParks hit by a third fire

Zoë off to play hockey in the USA