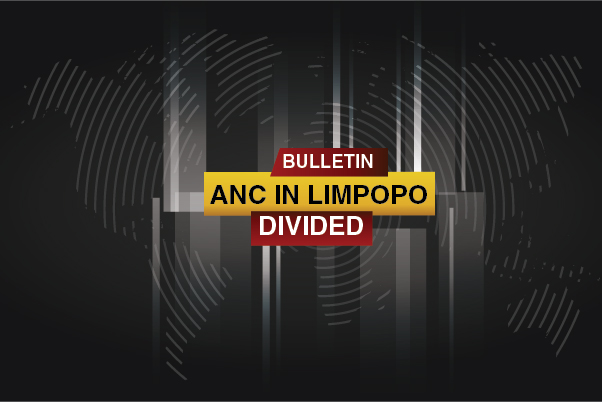 The contest for the upcoming leadership of the ANC in Limpopo, which had since turned into a trading of insults among fellow members, has in Mopani turned into a contest between Ba-Phalaborwa and Giyani.

This after it initially appeared to be between the mayor of Mopani, Pule Shayi and Cogta MEC, Basikopo Makamu. The conference will take place in two weeks’ time.

The contest had also brought back the VBS scandal in which those implicated in the furore were ordered by the National Executive Committee (NEC) as part of the step aside policy, not to contest any position in the party.

Though the current secretary, Soviet Lekganyane, seems to be favoured by all the camps, he is not so popular in the Mathabatha camp which is seeking a third term in office.

The biggest name in the running for the third term is Basikopo Makamu who was the Mopani regional secretary before he was elected to the Provincial Executive Committee (PEC) of Limpopo together with the former Mopani Executive Mayor, Nkakareng Rakgoale, who had since been appointed the MEC for Social Development.

Pule Shai from Phalaborwa, who is the regional chairperson of Mopani, is contesting the position of Deputy Chairperson in the slate in which Dickson Masemola is to chair if he can win the conference.

To supporters of the party in the region the debacle has turned into a mud-slinging contest between fellow party members. Even the old unsettled scores were brought back where Giyani does not support the Mathabatha third termists. The ANC seems very much divided.

The ascension to the top office of the party for Pule Shai came at the time Mopani District Municipality (MDM) which he lead, received a qualified audit from the office of the Auditor General.

In Giyani there is a serious lobby led by MP Ponani Makhubele bent on removing both Stan Mathabatha and Basikop Makamu at the PEC and replace them with Dickson Masemola.

Ponani Makhubele from the Giyani subregion once made news when Mathabatha did not appoint her for the Education Portfolio and threatened to take the PEC to court. She was then deployed to Cape Town as an MP.

This time round, Makhubele is leading the camp set on removing Mathabatha from the top seat in the province but she is supporting Soviet Lekganyane to retain his position.

Though it is reported that Limpopo mostly supports Cyril Ramaphosa for the second term as the President of the party, there are those who want him be replaced by the Radical Economic Transformation (RET) leaders associated with former head Jacob Zuma.

Branches in the province had already met and chose their preferences and the delegates to vote for the leaders of their choice.

Though the additional members are likely to be nominated and voted for from the floor on the day of the conference, the slates are as follows; Stan Mathabatha is to be deputised by Florence Radzilana, Reuben Magadzi for Secretary, Basikopo Makamu for Deputy secretary, and Nakedi Kekana as additional member.

The name of Danny Msiza who was punted for the position of secretary in the slate of Dickson Masemola who had to be withdrawn after the NEC ordered that those facing criminal charges need not contest the positions. Though Florence Radzilana was once implicated in the VBS scandal she had not been charged and therefore she is entitled to contest. She is punted as the future Premier.

Jetty 3: No entry but enter at own risk?