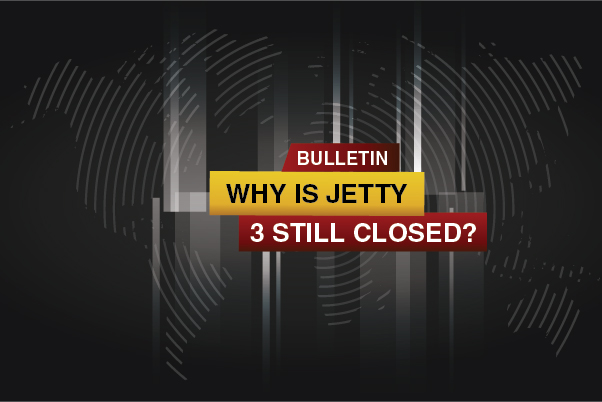 Inexplicably the Jetty 3 facility remains closed to the public and all other access points to the Tzaneen dam is under lock and key. No explanation has been given and those wishing to use the facilities need to obtain a permit to do so. The permit incidentally is free.

In the past the Greater Tzaneen Municipality (GTM) offered the Covid-19 pandemic as an excuse for not opening the facilities to the local fishermen and boaters. They stated that they did not have the manpower to open the facility and simultaneously ensure that all protocols were observed.

This even though the only real control point comprises of a single security guard at the entrance gate armed with a clipboard and a dated thermometer.

Other public areas such as the controversial public park which was fenced off without following protocols and with complete disregard to the bylaws, have been open to the public for more than a year and do not have any control procedures at the point of entry.

Bulletin has learnt that the Jetty 3 facility is leased by the GTM and that the previous lessee was a lawyer who’s lease agreement has come to an end. This means that currently no individual or organization is leasing the facility.

It also appears that there is absolutely no intention by the municipality to upgrade the dilapidated infrastructure at the site or at the very least conduct basic grounds maintenance.

Last year we reported that a group of local businessmen which included the neighbourhood watch and various other security companies, put together a proposal which they presented to the Municipal Manager to lease the grounds.

One of the businessmen, Muis Joubert, was very involved in the successful running of the Jetty 3 facility in the time before the Lions Clubhouse which was situated on the banks of the dam was razed by a fire. Joubert still holds the liquor license for Jetty 3.

Their proposal included the maintenance and renovation of the grounds and infrastructure at their own cost, the provision of security and access control, and the general upkeep of the surrounding area also at their own cost. Still the proposal was ignored.

We have requested feedback from the spokesperson for the GTM on the cost of leasing the facility, the duration of the contract, the process to follow and the reasoning behind keeping the facility closed to the public. At the time of going to print we had not received any answers as the relevant person was still on leave.

Results will not be published

Patel does about turn on ridiculous online shopping prohibition