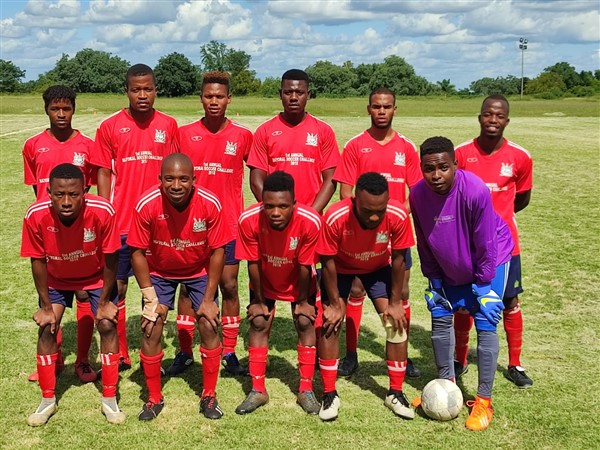 Phalaborwa Football Club (PFC) maintained their unbeaten run in their league with a 3-0 victory at Impala Park Stadium on Sunday, the 9th of January. This despite being reduced to 10 men in the first half when their number 7 was shown a straight red card for man-handling an opposition player.

Team captain, Trevor Malatji, found the back of the net before his teammate was dismissed in the 20th minute and later added another goal in the second half. Thabang Motau wrapped it up late in the second half with another beautiful goal.

Malatji gave the home team a dream start when he fired a powerful shot home from Thami Mavimbela’s assist. Malatji got his brace and made it 2-0 in the 50th minute of the game, before Motua wrapped it up with a classical finisher, a curler from outside the box.

The 23-year-old Solly Lepulana, a product of the Phalaborwa Football Club youth ranks, told Bulletin that it was the first game at home for this year’s campaign with a pavilion filled with much-needed spectators.

“We wholeheartedly love seeing our fans because they lift our spirits high. It has become a tradition to not drop points at home. We respect the opposition and we prepared tactically and technically very well in advance.

We proved our resilience despite playing majority of the game man down however, that did not stop us, as we showed character and a fighting spirit from the first minute untill the very last and we were rewarded with a much-deserved clean sheet,” stated Lepulana.

He explained that the opposition team unleashed their attacks which were deadly on the transition and often had quick counter attacks. The founder and manager of Phalaborwa FC, Kala Manyama, said that with a man down it was not easy as they had to play on the back foot and thus, they had to sacrifice the attack and kept both the defense and midfield intact.

“Four wins in four games is a very good start, but its too early to relax. We want to stay at the top, if possible, I mean in football you are working with different people, and we still must keep them consistent. We are still short of some players as some are students and are still at home. We just need to have depth in the squad, and we can compete with any team,” stated Manyama.