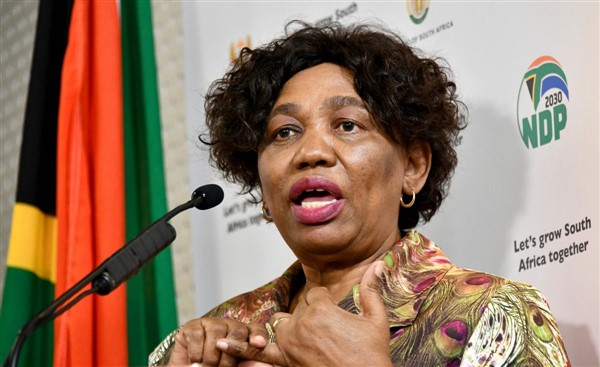 Following the disastrous two-year panic that played absolute havoc on the futures of especially foundation phase pupils in schools across the country, the new year seems to promise some form of return to stability.

Public schools in the Mopani District reopened this week after the December break and the local schools saw a bunch of bright-eyed and bushy-tailed new faces stream into their classrooms.

Tzaneen Primary registered the largest number of new Grade 1’s with a total of 182 7-year-olds reporting for active duty on Wednesday with a further 80 pupils still on a waiting list.

Amid the confusion associated with the start of a new school year, traffic around Tzaneen Primary was an understated chaotic experience, nevertheless, the scholar patrol and teachers managed to ensure no accidents on the day.

The three smaller schools in the area also recorded new grade 1 conscripts. Duiwelskloof Primary and Unicorn Preparatory School are both full to capacity after registering 70 and 48 new scholars respectively.

In Letsitele, Dr Annecke Primary registered a total of 66 new learners, in Hoedspruit a total of 39 new faces reported for duty at Mariepskop Primary whilst Laerskool Phalaborwa-Noord (Rooi-skool) added 68 new names to their class lists.

In the meantime, Angie Motshekga, Minister in the Department of Basic Education (DBE) said it was going to take hard work to “reboot the system and get it back on track again” referring to the devastating effects the last two years have had on the education of the country’s children.

She addressed the issue of vaccinating school goers as young as 12-years of age and said that the program will kick off in January this year.

Late last year, the Department of Health announced that vaccines were available for young people aged 12 years and above. They could not run the programme in schools at the time, as the Sector was seized with end-of-the-year assessments and examinations and so they decided to defer the vaccination of learners to January this year.

“On Tuesday, the departments of Health and Basic Education met to consider a vaccination plan, insofar as it affects learners in school. It was agreed that we need to increase the vaccination for everybody eligible. We have agreed to prioritize an advocacy campaign, to encourage eligible people – both adults and learners of eligible age, to go get their jabs,” Motshekga said.

“Misinformation and hesitancy still pose a huge challenge; hence we really need to work hard, to explain the benefits of vaccinating. We need to raise awareness and increase literacy; and address false and fake news regarding the vaccination.”

She continued to say that for education personnel, vaccination sites were open and they did not have to make prior bookings as their details were already on the system.

“We need to clarify that we are not vaccinating in school yet, because the Department of Health does not have the capacity to be in all schools. We will use existing sites for vaccination even for the 12-year-olds and above. Let me emphasize that vaccination is voluntary.”

Many parents have expressed concern over the idea that their 12-year-old child will be able to make the decision to take the vaccine without parental consent. This, coupled with peer pressure and reports that certain teachers were telling their classes that those who refuse the vaccine were a danger to their parents, has led to intense pushback by the parents.

Bulletin is in possession of a list of all the teachers in the Mopani district who went for their vaccination during the Departments’ drive last year and on this list there were many local teachers who refused the vaccine for various valid reasons which included the most valid of all – freedom of choice.

As the year starts this week, more and more information is being released by the World Health Organization and the Centre for Diseases Control which point to the new variant “Omicron” as being less severe than its preceding variants. This bodes well for a return to normality.

“There were consultations held by the MTT with a reference team of History teachers and curriculum advisors in 2019 (Grades 4-9) and 2021 (Grades 10-12), on the proposed topics, concepts, skills and forms of assessment that must be included in the revised History curriculum.”

In 2015, Motshekga appointed the Ministerial History Task Team to, among other things, review the history curriculum taught in schools and make recommendations. The task team released their report in February 2018 and they noted was that the content taught in schools was “sanitized”. One of the recommendations in the report was that history should be made compulsory in grades 10-12.

“The major challenge now, which is a massive exercise, is around the rewriting of history,” the Minister added. “Even the task team said, ‘you can’t present the current history as it is, so it has to be rewritten.”

She said they had to find money for new textbooks and teachers would have to be retrained. The task team has been consulting historians, archaeologists, linguists, researchers and academics during its work on developing a new content for History. It has also been recommended that History should be a stand-alone subject and no longer be presented as part of life orientation.

Top honours to the brightest Unicorns

Plasies off to Teachers’ Awards