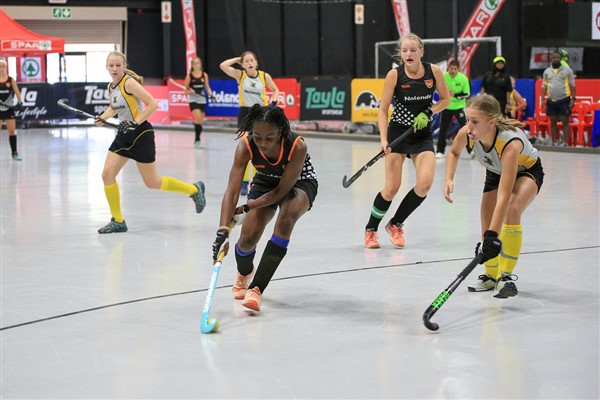 The Limpopo Leopards Hockey Club had five teams that competed in the Pro Series Indoor (PSI) Inland National Hockey Championships in Gauteng. These championships took place from the 20th until the 22nd of December last year.

The u/16 girls team showed their worth as they emerged as the top team in the B-section when they delivered a comprehensive beating to the Gauteng Gryphons B-side in a match that ended in a 4-1 victory for the Leopards.

The u/18 Leopards’ female team also had an excellent outing to eventually finish third overall after beating the Bloem Brown Bears by 4-1. After the tournament two of the u/18 Limpopo Leopards players, namely Dineo Letsoalo and Zoë Bergmann, were selected for the PSI All Stars team that is destined to travel to Europe.

The Leopards’ u/13 boys’ team won the B-section championship in 2020, and were promoted to the A-section of their age group. These Leopard cubs showed they have the teeth to compete in this section by again securing a place in the final against the Tswane Titans. The team from Pretoria however, secured the crown by 3-1 in a thrilling encounter.

The u/13 girls enjoyed the outing and gained valuable experience against the bigger city based established clubs. According to Tatenda Mabayah (Jayden), the franchise manager of the Limpopo Leopards Hockey Club, these excellent performances by all their club’s teams should be more than adequate to convince parents of the advantages of indoor hockey in skills development.

Roelof de Jonge - June 19, 2022 0
The first phase of the community clean-up project at Tzaneen’s Van Velden Hospital was conducted on Youth Day, the 16th of June. Volunteers and...

Mudslinging for a good cause

Jayden steps up his game