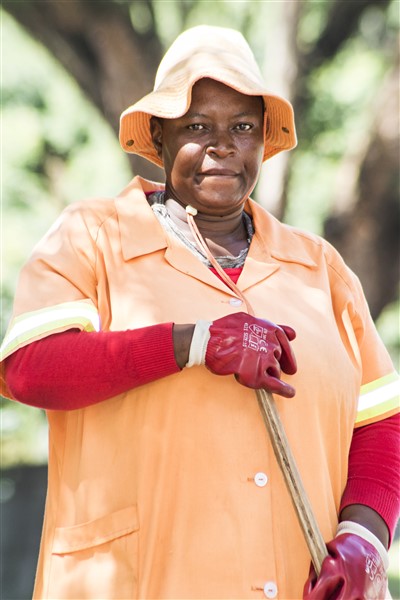 Hundreds of workers contracted to the government`s Empowered Public Works Programme (EPWP) in various municipalities throughout Mopani had their contracts extended for another six months. In Tzaneen they were due to have their contracts terminated towards the end of December 2020 according to letters these workers received in September.

According to workers contracted to the Greater Tzaneen Municipality (GTM) they were the first to know that they were to stay after the good news was relayed to them by their team leaders. The services these employees are tasked with range from attending to sewerage leaks, cleaning the streets, cutting grass along the roads, and plugging potholes. Some of these workers have been with the council for more than a decade.

Stephen Sathekge, who is based in Tzaneen, felt relieved that the matter was resolved and that he is still employed, albeit temporarily. He has been with the municipality since as far back as 2010 hoping that one day he and others will be absorbed into the GTM’s permanent staff contingent.

“I joined programme several years ago after the contractor we had been working for had their services terminated. We had then been working under contractors and every three months our contracts with them would expire, and then we would be left in the hands of a new contractor. We had to remain with the municipality in the hope that one day we would be absorbed through the system as applying for positions did not help,” said Sathekge.

The extension came just few days before President Cy-ril Ramaphosa returned the country to adjusted risk strategy level three in which gathering of people except for funerals was banned. The banning of the gathering of people prohibits councillors from calling meetings in which new staff for the EPWP can be appointed. This step is required in order to avoid a repeat of the same people working on government projects.

The EPWP programme was launched in 2005 by former president Thabo Mbeki at Sekhunyane village west of the ATKV Eiland Resort and Spa. Then the residents of Sekhunyane were hired by the programme to build a tar road in the area by using picks and shovels instead of machinery. The project was codenamed ‘Gundolashu’ a Venda name for “our road”. Mbeki promised the road would create a million jobs.

Following that project, similar projects were implemented including the Burgersdorp tar road which had since been destroyed by floods. Recently a new contractor was appointed to refurbish it.

The Men in Hats dance through Tzaneen streets

Full taxis allowed but no booze for you